Team Build by default creates 2 folders on your build agent:

These folder names were shortened as part of the 2012 release, partially to resolve "Path too long" issues with team build. But some of your scripts might depend on the old naming. (Or maybe you want to change the "TestResults" folder to something simpler, like "test".

To change these folder names, you'll need to open the build process template and make a few changes.

Find the "Initialize (Sources|Binaries|TestResults) Directory" activity and edit the properties to reflect your preferred folder name: 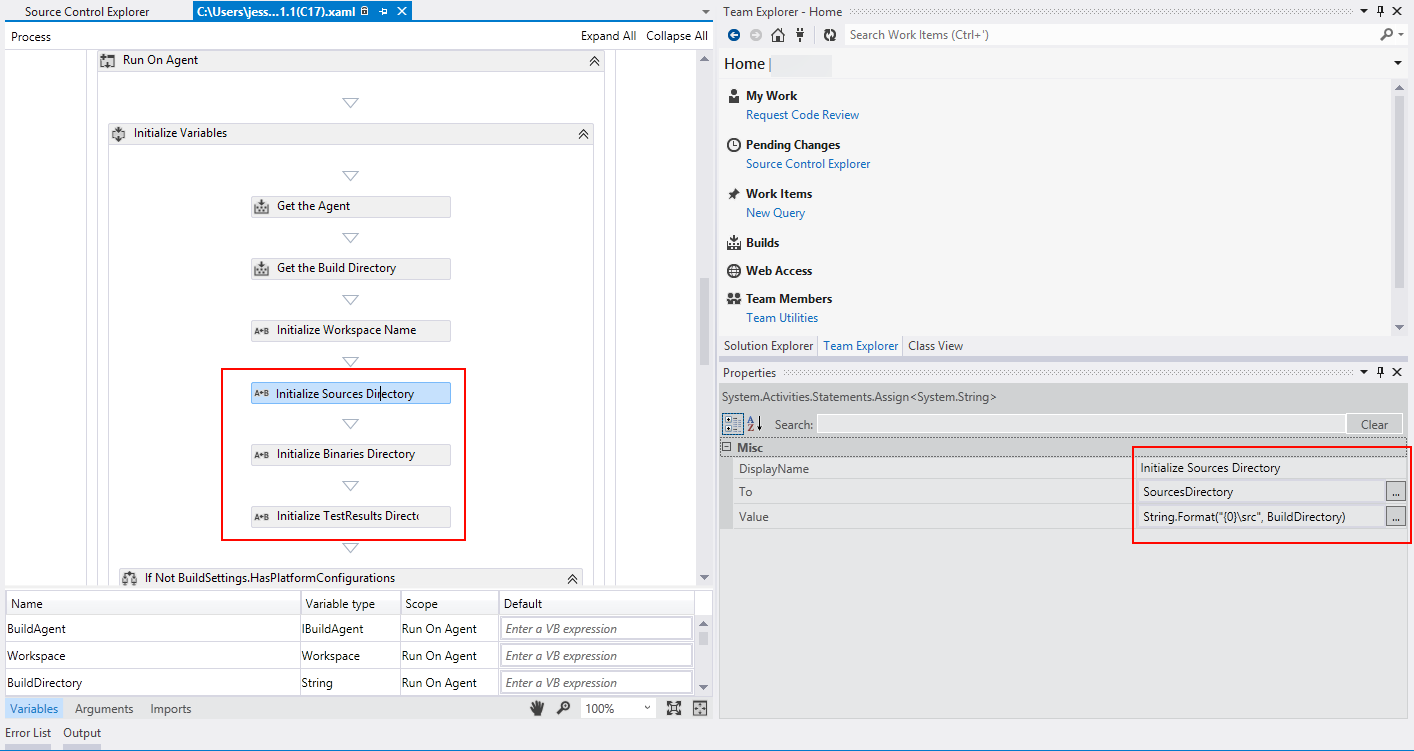 Save the file, check it in.

Now your build agent should start using the new folder names. You might need to manually clean the working folder on the build server to remove the old folders.

In 2013 Preview:
In Team Foundation Server 2013 Preview, this changed a little bit, the activity you're looking for is now named "Initialize Environment" and it has 3 properties that make up the same three "Sources", "Binaries" and "Test Results" folders: