Today Microsoft publicly introduced the first Community Preview version of the Git tools for Visual Studio and the Team Foundation Service at the ALM Summit. Microsoft is fully committed to supporting this open distributed version control platform going forward. This was one of the top requests on Uservoice. It's pretty cool to see how both Microsoft and groups like the ALM Rangers are actively looking at these suggestions and transform them in working features.

A few features are not yet on par with 'standard' Team Foundation Server version control, any current feature that depends on Changesets will not work with Git as version control provider. I expect Microsoft will work on enabling these features going forwards. Most visible feature to not be supported in Git for now would be Visual Studio Code Review.

Focusing on the things Git does enable is much more interesting.

Git is not yet released as an addon or feature for the on-premise version of Team Foundation Server. Expect it in the next major release.

Congratulations to the team that made this happen. Keep up the good work!

If you, like me, would like to get to know Git a bit better, check out these free (and very extensive) ebooks! 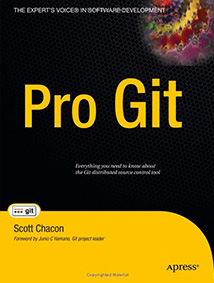 The "require approval of the most recent push" protection rule was recently introduced (oct 2022).