The Microsoft Visual Studio ALM Rangers have released a new version of the Word4TFS add-in for Word. But if you're like me, and you've already upgraded to Visual Studio 2012 and Office 2013, then your out of luck. Both are not yet supported.

But, they probably work just fine. We haven't tested the combination. There is no support for it. But if your brave enough to try, this is how to get it to work...

Download the Team Foundation Server Object Model 10.0 SP1 and install it on your machine (If you want to be able to connect to the Team Foundation Services of TFS 2012, you'll also need to install the forward compatibility GDR). Then import the following registry key into your registry, this makes the installer think you have Office 2010 installed in the same folder as 2013 (update the path if needed):

Now you should be able to download and install the latest version of the Team Foundation Server Word Add-in (Word4TFS). 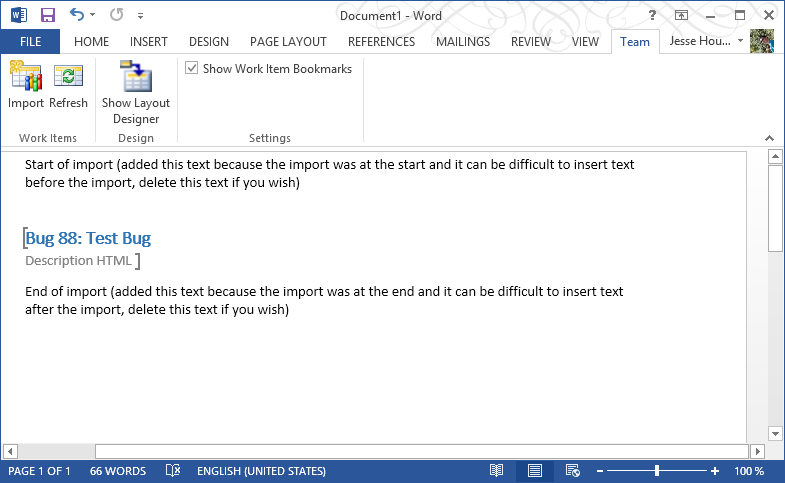